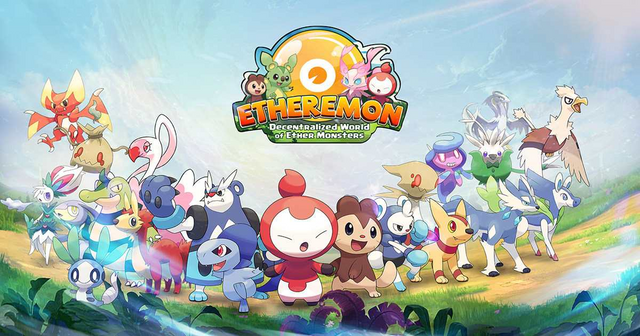 If you’ve been on the internet recently, you’ve likely heard about blockchain gaming, which is decentralized gaming projects hosted across various blockchain networks. These games offer a unique way of investing in cryptocurrency, and often use a small investment to play, but will reward you in native coin. Many of these games operate on the Ethereum network, but there are many different blockchains out there including Polkadot. Throughout this article, we will look at the four best blockchain gaming products.

Axie Infinity has been around since 2008 and is based on NFT trading. It was developed by Sky Mavis, which is a studio renowned for its in-game financial ecosystems. In the game, players need to collect axolotl-inspired pets – aptly names “Axies”. These pets are NFTs minted by the Ethereum cryptocurrency. When you’ve collected a team of three pets, you can play against an opponent of bots or human-controlled monsters, where the winners receive crypto rewards.

The creator of Axie Infinity, Jeffery “Jiho” Zirlin is one of the most influential members of the blockchain gaming community and shares his knowledge with other members. After all, it’s in his interests for more players to invest in his games. If you check out joystickgames.com, you will find a wealth of knowledge and a supportive community on an active Discord server – embrace your inner streamer and unlock the potential of blockchain gaming.

If you’re looking for an immersive experience, Decentraland is the game for you. This game works based on tokenomics, which means players are required to dig and build to receive coins. To get a plot, you need to buy LAND, which is a non-fungible asset that you will eventually customize. Then, to start customizing, you need to invest in MANA, which is the native coin. The most impressive part about this game is how customizable the LAND is, and people even join together to form thriving communities.

Cryptokitties is one of the most well-known games on the blockchain and involves collecting cute cats. The game is nowhere near as advanced as the likes of Nintendogs and the sensational Neopets, but fans are in love with them. In the early days, this game saw so much traffic that it broke the Ethereum network. Rather than just buying cat NFTs, players can breed their pets, which they can sell to earn money.

Digital monster battles are always a popular choice, just take a look at Pokémon, Yu-Gi-Oh!, and Digimon – and Ethermon knows this. The game lets players collect monsters, and then meet up with other players to battle. The appeal of this game is in the unique creatures as well as the rich native mining opportunities.

Blockchain gaming is bringing the revolution to the gaming community by handing ownership to players, which is where it should be. Blockchain games often operate through native coins, with the game propping up the ecosystem and players benefitting financially. Looking to the future, we’re excited to see how the blockchain landscape will grow.