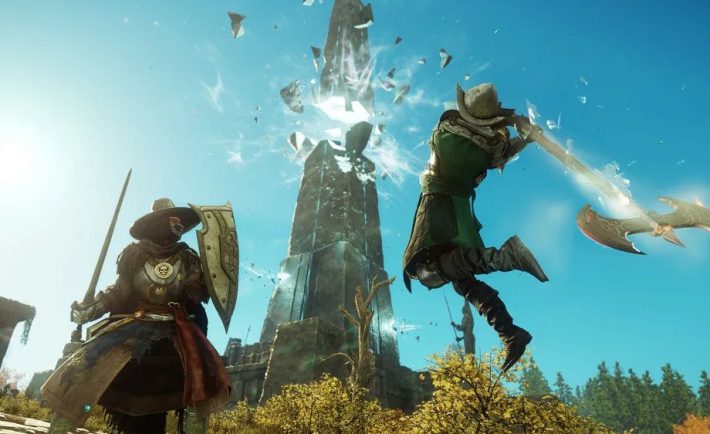 Else risk losing even more players

Almost no MMO has ever had a smooth launch. FFXIV had to be rebooted and ESO had to patch things up before it hit its stride. Perhaps the most problematic game launch in recent memory was Fallout 76, which led to many refunding their purchase. While New World isn’t FO76 levels of problematic yet, it’s had its fair share of troubles. Examples of that are overpopulation, a bland plot, and the New World gold dupe exploit.

All MMOs want a huge player base, except when their servers can’t handle it anymore. The latter was the case for New World, as it was unprepared for the deluge of players wanting to play the game. That led to increased wait times and clogged-up servers.

Even transferring servers slowed down. There just wasn’t enough space for everyone who made a New World account. Players had to wait anywhere from minutes to hours to play the game.

It’s gotten a bit better with the slowly increasing number of servers. Well, with the player count also dropping, that helped with the server overpopulation, though of course, it’s bad news for the game.

We are implementing a new feature to indicate if a world is full.

You can check if a world is full on the server status page!

Not all players would focus on the plot, but for those who care, this is a big deal. For them, it’s something that drives the game. Why would they go to this or that place? What is the significance of the landmarks around Aeternum?

Lore pages fill in some of the blanks, but it can be a pain to find them. Most players could also choose to ignore them, opening or collecting them only for the experience they give. Characters feel flat and there’s no sense of ‘life’ to the world.

Look at World of Warcraft. While its success can’t be attributed only to the story the game told throughout the years, it’s still a huge part of it. It’s a long story that spanned games and even had novels written about it.

A good story would make New World shine more than it does right now. Then again, with everything based on a cycle of life and death on the island, maybe this is on-brand. Who wouldn’t get tired of dying and being resurrected again and again?

The most recent problem to add to the game’s troubles. Maybe it was something from the beta testing, maybe it’s a new exploit. Nevertheless, it’s something that can ruin the game’s economy, though it’s one of the reasons some players have taken to using the bug.

It can also be related to gold selling. If they don’t have to grind for gold themselves, it’s way easier to keep supplies for those who buy New World coins. Of course, someone could’ve just stumbled upon the exploit with no ill-intent. Still, it’s something that could be game-breaking in the wrong hands.

Amazon has taken to freezing the trade of wealth through all channels in the game while they solve these problems. It’ll be back soon enough. However, those who rely on these trades such as traders or crafters, will certainly be against this action, even if they agree with it in principle. Some players have taken to bartering with New World items during this time when trading coins isn’t available.

It’s not looking good for New World, but other games have gotten through rough patches and came out better than before. It can be chalked up to inexperience, this is Amazon Game’s first foray into MMOs, after all. With a little time, patience, and effort on their part, they can get through these problems and come out better than they were before.

Hopefully, they do so before their player count drops even lower. It’ll be hard to bounce back when that happens. There might be a surge of returning players once they solve the exploit, but it wouldn’t be as high as before unless they also address other problems.

Still, New World is an enjoyable game once you get past the long waits. Have fun playing New World!