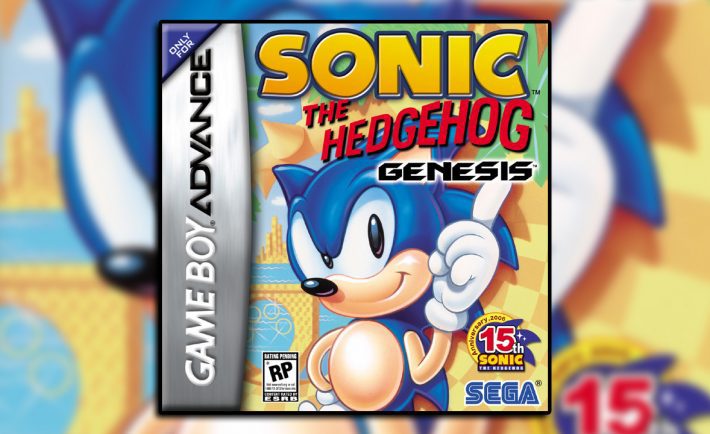 Sonic the Hedgehog Genesis on the Game Boy Advance is probably the worst port of a retro game ever created. It’s so bad that not even die-hard Sonic fans are willing to defend this port.

Sega released Sonic the Hedgehog Genesis in 2006, which was two years after the release of the Nintendo DS. It was supposed to be a handheld port of the first game for Sonic’s 15th anniversary.

It would have made more sense to just port the game to the Nintendo DS because it’s obviously a little more powerful than the GBA. Still, the GBA was perfectly capable of running 16-bit games. After all, the Sonic Advance games were pretty good!

The unfortunate reality is that Sonic the Hedgehog Genesis doesn’t run well at all. Sonic is all about being fast, but the Game Boy Advance can’t seem to keep up with blue blur.

Ironically, these problems are exacerbated when you run through loops or grab an invincibility powerup, which is when you’re supposed to be speeding through the level.

You’ll also run into more issues when there are more sprites and effects on the screen, especially enemy explosions.

These performance issues completely ruin the entire point of Sonic. It’s impossible to go fast because the game physically won’t let you.

However, these issues might also be the result of the aforementioned frame rate issues. It’s hard to tell because this game is just that butchered.

Even the music is completely ruined. I’m a big fan of the original music, but the GBA versions just don’t do it justice. The music sounds more ear-piercing and tinny.

So what’s good about this game? Thankfully, the sprites haven’t been modified that much, if at all. The game actually looks great at first glance. You’d never be able to tell this is a bad port by the screenshots alone, but the problems start as soon as you start playing.

Additionally, this port includes a game mode where you can charge Sonic’s spin dash, which wasn’t added until the second game. It’s a nice addition, but even with the spin dash, you’re still better off playing the original.

I don’t blame Sega for wanting to re-release a classic game, and I’d even understand some minor issues. However, there’s no way to defend this port.

If Sega wanted to re-release Sonic The Hedgehog for Sonic’s 15th anniversary, they could have simply made a better port for the Nintendo DS. Instead, Sonic’s legacy is stained with this terrible port.

Contributed by Wackoid, a digital magazine that publishes articles about gaming and technology.

View all articles by Wackoid